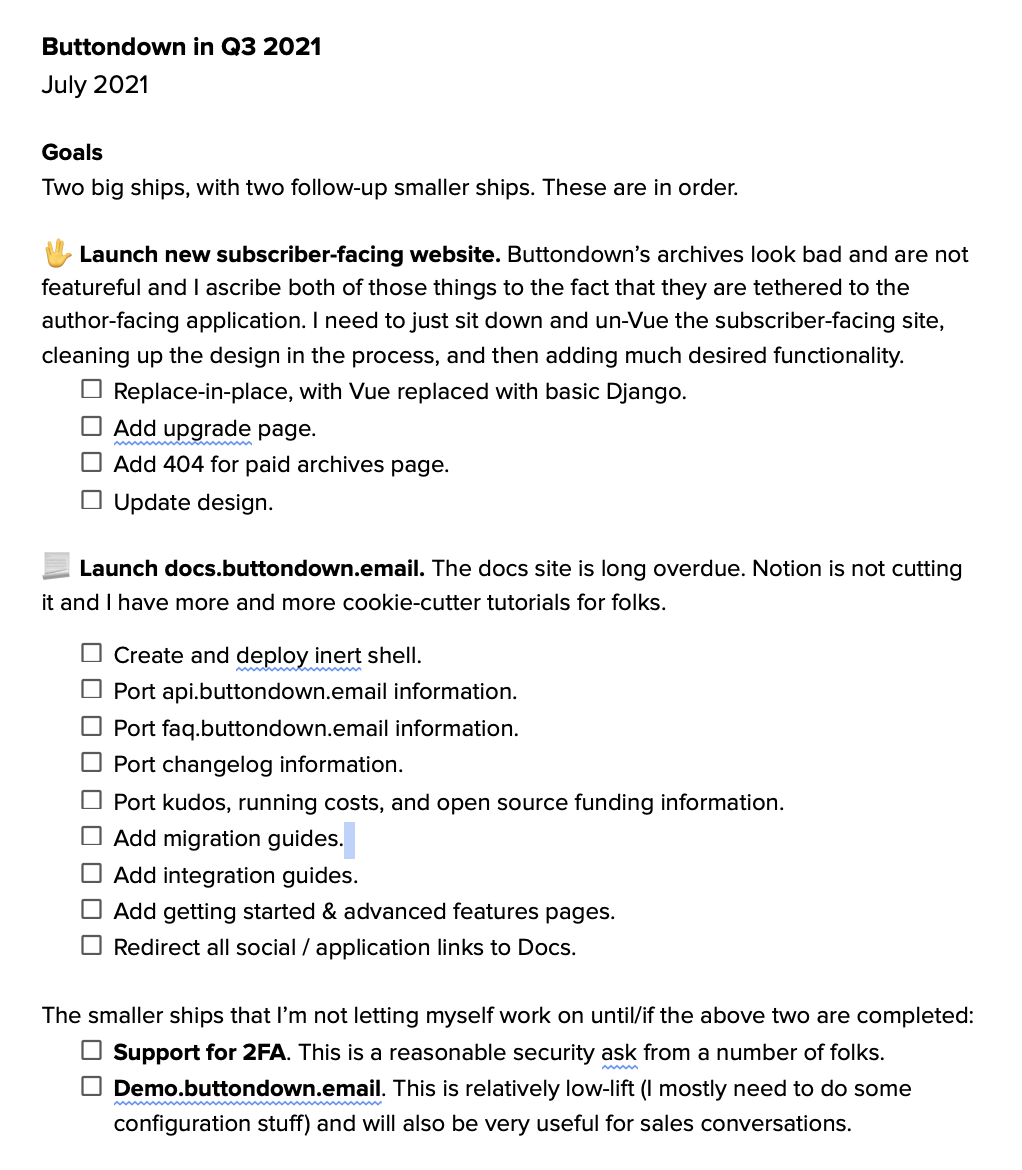 If you weren’t around six months ago, I did a similar undertaking at the end of last year, with the ambit of it being a year-long plan and not simply a quarterly one: 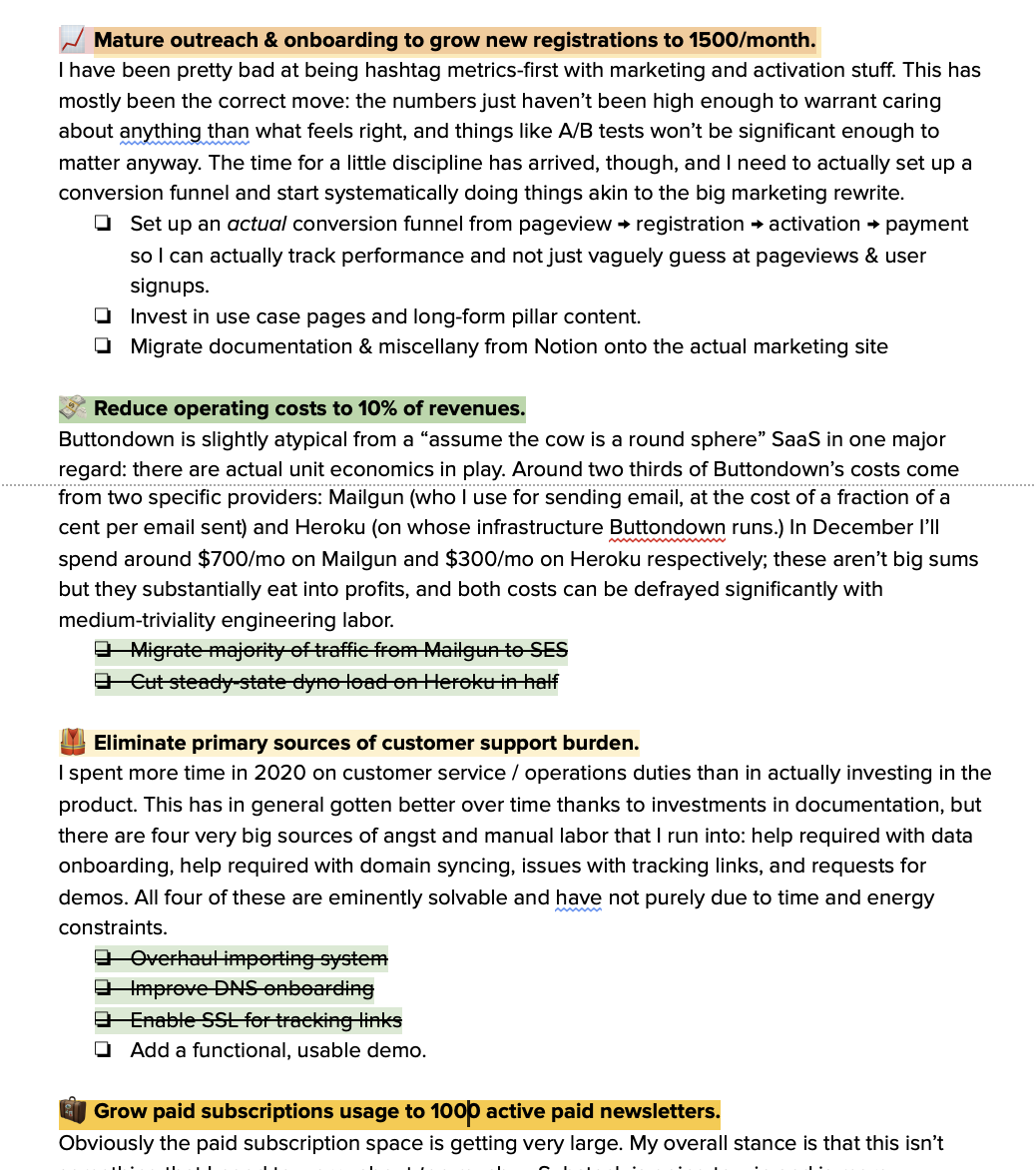 It is sort of fun to re-read this. A couple notes:

So, one of the two things that are going to be top-line goals for this quarter is the docs site and I have managed to turn it into as fun an enterprise as possible. Behold! 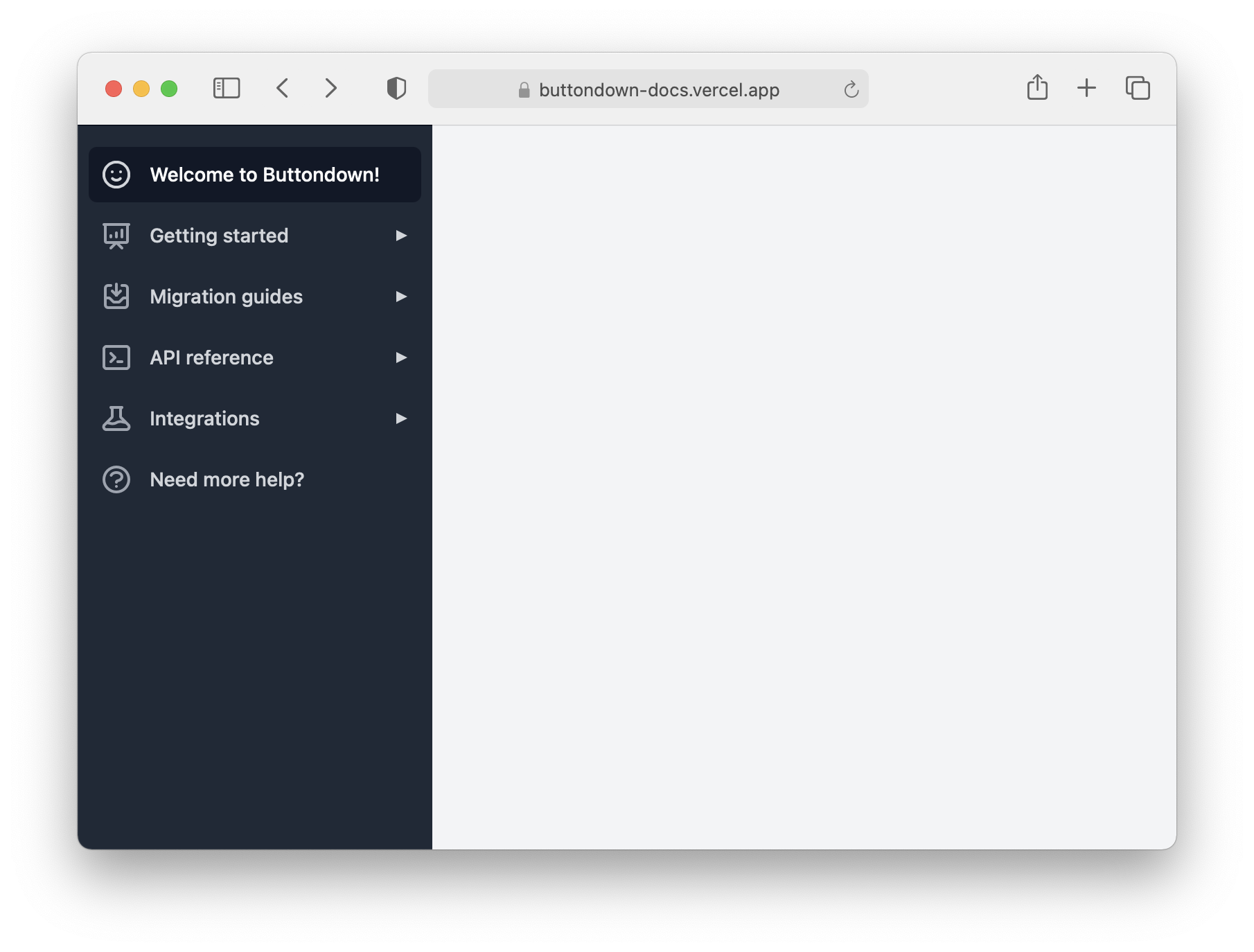 Okay, there’s not much to look at yet. But it feels fun to build, and gratifying. This is going to sit on top of Next.JS, Vercel, and MDX — a triptych of tools that I’ve been itching to play around with for a while now. Three obvious questions that I had to answer for myself as I built this out:

My hope is, as seen from the first screenshot of my “OKRs” (I know, these technically aren’t OKRs, they’re much more ship-based than outcome-based, but come on), to have scaffolding out pretty quickly and then migrate a bunch of the existing content to it. (Of course, this happens to blissfully delay the inevitable slog of writing the documentation, of which, yeah, I know, no amount of fun engineering or documentation harness building will ever replace the value.)

All of this feels really good. I don’t like feeling like I’m drifting with Buttondown, and I definitely felt like that the past three weeks — which is a large reason why I squandered my time on silly projects like dependency cleaning or migrating to pytest. This feels good and concrete and just the right level of ambitious.

Here’s hoping I have more documentation screenshots to share next week!

You just read issue #54 of Weeknotes from Buttondown. You can also browse the full archives of this newsletter.